Richard ‘the Lion Heart’ is in prison in Germany. His ransom, set at some 40,000 marks [that’s about 25 old tonnes of high grade silver] is greater than the Gross Domestic Product of all England. He’s too big to be allowed to fail, surely? Yet no one is rushing to bail him out, least of all pissy little England. Who do they think they are? One of three leopards on his coat, and even that’s questionable. The other two are Norman; the third could be from his county of Poitou, or anywhere. They need to be reminded of their place, and his: dieu et mon droit – ‘God and my right’, in that order. And he’ll write. He’ll write them a poem.

In a drawer in my bedroom, the oubliette of spent pens and childish things, there’s the scratched CD of that now-unplayable single, resting on top of the Merlin Premier League sticker album (1995/96). Written in the frame where Gareth Southgate’s portrait should be, in red felt tip: BEHOLD THE HEAD OF A TRAITOR.

On the long bus ride to the Portcullis House and the Albert Hall (where else?) for the inevitable History and Politics trip: ‘The bit where Lear’s Fool makes that prophecy, the one that Merlin will speak though he lives before his time? – that’s Act 3 Scene 2. And it’s better than old Gaunt’s crap in Richard II … The French battleship Bretagne was sunk in one salvo by HMS Hood, just like the Hood was by the Bismarck … When John Amery was about to be hung for High Treason for joining the SS Britisches Freikorps, he apparently said “Mr Pierrepoint, I’ve always wanted to meet you, but not, of course, under these circumstances”. Pierrepoint said Amery was the bravest man he ever met …’. This school year, there will be no limit to my showing off. Of course, I try to write her a poem; it’s her birthday. I’ll always regret skiving that Tony Benn lecture to finish it, scribbling in my first red Silvine ‘memo book’.

She’s in my bed in again. I’m walking back to her, from getting up early for the conference: ‘Poets Reading Philosophy, Philosophers Reading Poetry’. In the interval I help GH open the plastic wrapper on the little biscuit that comes with his coffee. He asks me if I’m reading History and I can’t quite bring myself to append the word ‘and Creative Writing’ when I answer ‘no, English Literature’. GH is not wearing the red tie that I expected, which is what I think of so as not to think of England, or of blood, or of whether she has chosen between me and her first love, or where the roots of her hair at the nape are no longer red.

I’m in Durham. Why in hell am I in Durham? She has never been so far away. Bede’s blessed bones are sat in their earthy pit, his soul pitched to heaven; he’s closer. I pause between filling out application forms. Today I am wearing clothes – it’s Remembrance Day. This room was last rented by JC, ‘another poet’. I’m a poet now. I’ve yet to publish a poem. Outside’s cold as the ninth circle for two minute’s silence.

Coming back home to Sussex; back for the ballot box, back within the bounds to cast my first vote. Back to see the old crowd for a lock in. Back for her grandfather’s 90th birthday lunch, simultaneous with the Germany-England game (more hurt). Back for the brown JSA envelope, the P45. The landowner, not really farmer [Reserved Occupation, former Local Defence Volunteer], in rude health at ninety, is out retrenching the fields in his JCB, bought with proceeds of land sales and CAP grants. I’m reckoning linebreaks on my fingers, shamefacedly happy; croaking the descant to Parry’s ‘Jerusalem’ at plough-split fallow, loaded with ground nesting birds.

I’m holed up in a castle in Scotland, trying to write the great British history poem. This will be it, the keystone of the book. On my desk, by way of an accusation, Sebag Montefiore’s biography of Enoch Powell, open at the chapter The Cloven Hoof. On my laptop the umpteenth draft of ‘Trinovantum’, which runs siþen þe sege and þe assaut watz sesed at troye from Pytheas to the present. I’m getting nowhere. RL has just sent me AW’s ms. I read ‘Troia Nova’. Oh shit. Oh shit. When she phones me in tears, all distance evaporates.

On my way to the reading, as I cross the street near Marble Arch in the sunshine – wasn’t that where we sued to have Tyburn tree? – I finally spot the error in line 5. It’s hard to care immensely about that now. In my bag is the lovely red hardback from JC of Rebecca West’s The Meaning of Treason. My hands are stained with henna from dyeing her hair. Waiting to meet her, idling in a bookshop, I pick up Journeys to the Interior by SO’B and I’m gratified that in his lecture ‘As Deep as England’ there’s Amery and Pierrepoint. Nice to know that I’d got there on my own.

I think I’ve yet to read ‘Those Iscariot Motions’
– read it aloud, that is –
to anyone but myself. Perhaps also to her. 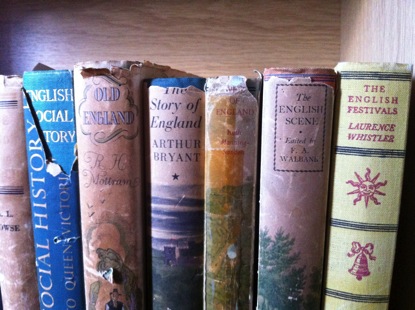 Works not Cited (I) 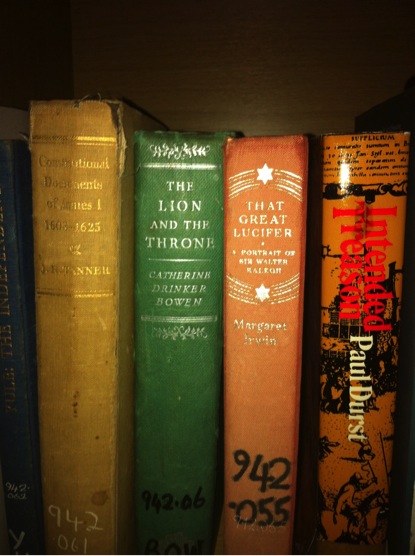 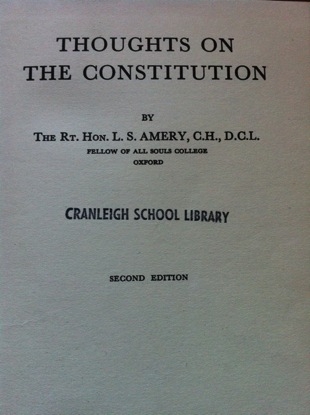 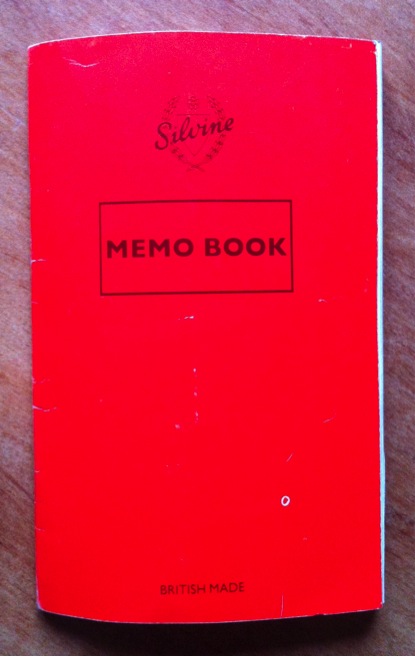 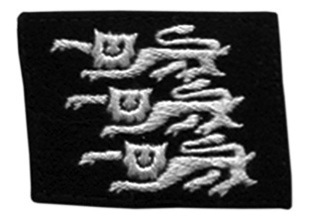 Bretagne as she explodes, Mers-el-Kébir 1941

All valiant dust that builds on dust
Kipling,  ‘Recessional’

At home, with you, isn’t much of a prison.
Still I’m thinking of England,
trifurciferous England, union
of its own theft, its threefold predation
of Éire, Cymru, Alba, desolations
furnished by Agricola, this realm
that always stays the careful execution
of a red field, prowled through, imprisoning…
still trying not to feel that little treason
in this forty shilling freehold of my brain,
its gyri and sulci in their sillion
smooth as vellum, scarified as ogham,
my private tenements and pelting farms
I still can’t think of anything but this room,
of you, blazing as the sketches done by Dickens
of the Speaker, of the Chairman of Ways and Means
of the rooms of tally sticks that were set to burn
the Houses of the Lords and of the Commons,
the rage and the joy of all those iscariot motions.
so love, just let’s lie back and think of England,
of Bede the only Englishman in Heaven
of fictive Mordred, immured by his own tears,
of the rest that Dante thought were best forgotten.
Love, just give me your traitor’s gate, your Tyburn
and think as we kiss of Mr Pierrepoint the hangman
who earned enough at Nuremberg to retire
and learned live beyond his old profession,
who bought and ran the pub ‘Help the Poor Struggler’,
how the pub raised Baddiel & Skinner’s apophthegm
contralto in unison with bitter, bass, baritone
and I stretched out my ten-year-old diaphragm
no more years of hurt, no more need for dreaming
and we’re Albion come to its great confusion
I am Byng being shot pour encourager,
you are granting Casement’s corpse repatriation,
I sink my heedless allies at Mers-el-Kébir,
you’re just, so just; I am the justice done
equally on napes of More and Cranmer,
you’re Captain Amery outside Wandsworth Prison
all night weeping for his traitor brother
and no perfidy exists without this certain
injured peace to which I run for cover;
our blood-marked bed, where all my hopes are founded,
our Cenotaph, engorged with votive flowers
GLOURIOUS at our parade’s recession.
Our pomp as one with Nineveh and Tyre.
Just so, this leopard posing as a lion,
passing, looking at you, best belovèd.

From Sins of the Leopard (Salt, 2012). Reproduced with permission of the author.

“That law raises key questions around what is ‘reasonable’. ‘Is it reasonable to be afraid of a young, unarmed man, who’s just walking through your neighbourhood in the rain?’ is the question on which the trial really turned.”

After Antonin Artaud / / / / I / / I have always been struck by the obduracy / of mind – by how it must always want to think / / in dimensions, in space, arbitrarily – struck / by the fixation of being with beginning... / / I admit of an intricately wrought soul – / brimstone, pho ...