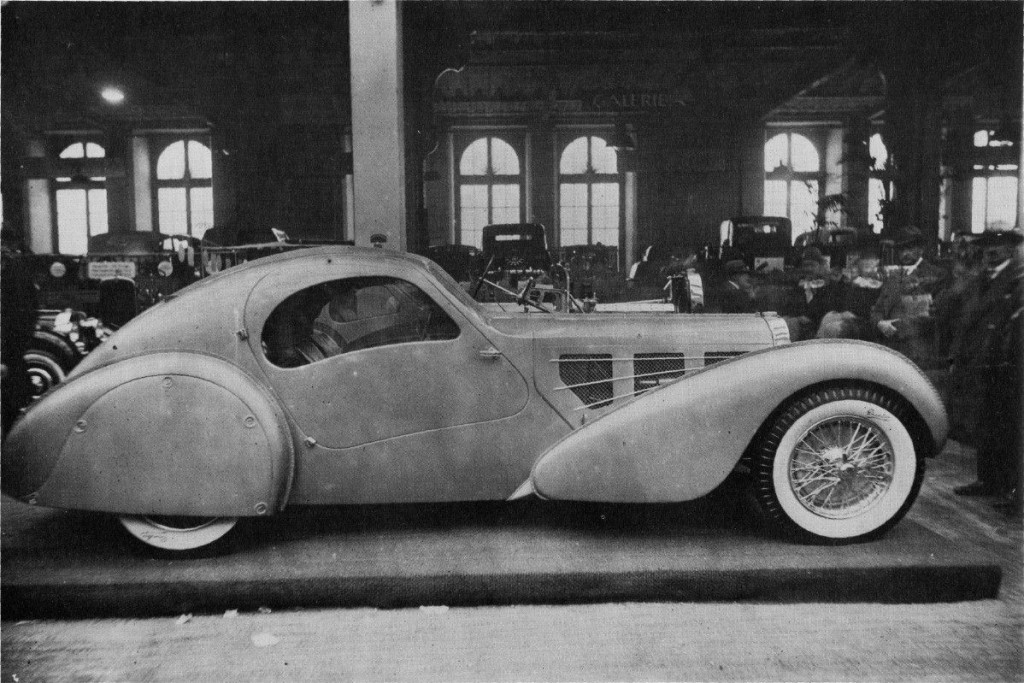 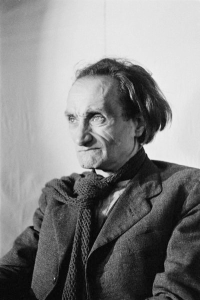 the question is not there, but in the sorrow,
death that persists in my skull… To return to M…

By crystallizing in itself as something unique to itself, rather than complying with existing social norms and qualifying as ‘socially useful,’ it criticizes society by merely existing, for which puritans of all stripes condemn it. There is nothing pure, nothing structured strictly according to its own immanent law, that does not implicitly criticize the debasement of a situation evolving in the direction of a total exchange society in which everything is heteronomously defined. Art’s asociality is the determinate negation of a determinate society.

…a cognition that is to bear fruit will throw itself to the objects à fond perdu. The vertigo which this causes is an index veri; the shock of inconclusiveness, the negative as which it cannot help appearing in the frame-covered, never-changing realm, is true for untruth only.

…wherein the negative or ‘means’ exists as ‘the external middle term of the syllogism … the realization of the end’. 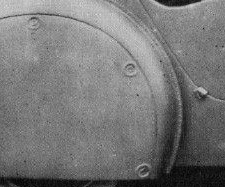 The spectacular character of modern industrial society has nothing fortuitous or superficial about it; on the contrary, this society is based on the spectacle in the most fundamental way. For the spectacle, as the perfect image of the ruling economic order, ends are nothing and development is all although the only thing into which the spectacle plans to develop is itself.

[Guy Debord, The Society of the Spectacle]

what the fuck are you looking at?

Apparently, Picasso nicknamed Brassai ‘THE TERRORIST’ because – unlike  Cartier-Bresson skulking in a doorway – he had a penchant for detonating flash powder within close proximity to his subjects and, collaterally, the other patrons of the cafés he was apt to frequent.

viii. and, BTW: ‘un point de magique utilisation des choses’
– Does this take us back to Heidegger’s thingythingness
of the thingything, thing? I really hope not.
But (just in case):

are the rivets of the Aerolithe a truly thingy thing?
[Any more or less than the flash glass in the eyes of an ailing Artaud?]
[Does it matter?]

Perhaps not… but… here’s the BIGGY: what about the MAJUSCULES

Look how the caps are the flash in a glassy eye, the rivets of the conceptual wheel-trim, are (uh-hem) line breaks…

in dimensions, in space, arbitrarily – struck
by the fixation of being with beginning…

I admit of an intricately wrought soul –
brimstone, phosphoric – as the only acceptable

mode of reality. I do not know what unknown
clarity, unnameable, gifts me this scream,

this pitch, this possibility of feeling my mind…
I would like you to imagine a state, motionless:

a mass of mind, part-buried, potential. You see,
through a crystal, an actor tread inspiration.

You must not admit too much literature.

I’ve aimed no further than the soul’s automata,
transcribed no more than the sorrow of adjustment

aborted. I am a complete abyss. Those that believed
me capable – of a sorrow complete, beautiful sorrow;

an angst corporeal, replete; an angst that exists
as objects, a luminous pestling – not a point

and there is no more than these voluminous
voids, the immobile, cold), those who have given

more life to me – have thought me less fallen,
believed me plunged into torture, noise, darkness

and struggling – are lost in the shadows of men.

We must understand, intelligence is no more
than a vast eventuality. And that it can be

(intelligence, not life). The thrill of intelligence,
the sudden inverse of opposites, the words

nearly near intelligence. This possibility
of thinking in inverse, of sudden repulsion,

of turning invective on thought. This dialogue
in thought, the absorption, the rupture.

The trim fall. The mind, idling…

To think without the least rupture, the pitfalls,
those sudden vanishings I’m so used to, which

my marrow is used to: cathodes. My marrow
flirts, sometimes, with these furtive abductions,

amused. One word would suffice, sometimes –
a simple, small word – to rise, to reach

prophetic inflection. A word – precise, subtle –
a witness soused in my marrow, a word

which would leave me, stand at my bounds:
nothing for the world. I am the witness,

my only witness. This crust of words, low voiced,
imperceptible mutation of thought: preformed,

miscarried. I am the only judge of its import.

Under my crust of bone and skin (skull),
there is angst, constant; not moral, not the absolute

end of deduction, of dim finickiness, or
the inhabiting of angst rising to its height, its meaning,

but a decanting at my core, the self-deprivation
of substance, vital, the physical loss, essential

– I mean the essential loss – of meaning…
…The difficulty is of finding its proper place,

of rediscovering communication with ‘self’.
All this is flux, specific, of things; the reassembling

of mental cement, stone, gem; the rendering
around a point. There you go, ego, what I think

the question is not there, but in the sorrow, death
that persists in my skull… To return to M…

Life is a point. The soul is without sections, segments,
without stratification. The mind does not begin… I am

a numbnut – suppression of thought, malformation –
made vacant by language, stupefied. Malformation,

mal-agglomeration of a critical mass of glassy, glazed
cells; cells you use blithely, unknown, inattentive.

These terms I choose for thought are, for me, terms –
a precise term – true terminations of mind, ends

of states submitted to thought. I am localised, truly,
by my terms: cerebral invalids. I am paralysed

under pain of stopping, halted at a moment in thought.

If one could only taste the abyss, the nothingness,
could lie down in it; if this nothingness was not

a certain living; if it was not, not completely, death.
It is so hard to be, to not be within… True

sorrow is feeling the self and, within it, this
displacement of thought, though, at a point,

thought is not suffering. I am at a point
where I can no longer touch life, though

I have all the appetites, the insistent arousals
of being… In each one of these movements

I mean neither extent, nor duration.

I mean a thought, one, a single thought
interior. Not a thought such as Pascal’s, not a thought

philosophic. A thought obsessed, skirting: a certain
sclerosis. I consider myself in all my minutiae.

I have my finger on the flaw, fissure, tectonic fault;
its secret slippage. For, the mind is more reptilian

than you, sirs, it strips itself, sheds, wrongs itself
as language, suspended. I have felt best this splayed,

stupefied language, the disarray of uttered thought.
I have pinpointed best the intimacies, its subtle

slippage. I lose myself in thought as a dream,
true. I realise my submission in thought.

I know best the nooks, these crannies of loss.

All writing is dishonest. Folks that shun the nebulous,
that aim to detail the events of thought, are bastards.

All men of letters are bastards, contemporary bastards
are the worst. All those who would map the mind,

all those who are masters of their language, all those
for whom words have a meaning, for whom heights

exist in the soul, currents in thought, those minds
of their times, those who have named such thoughts,

have toiled for precision, those unoiled movements,
squeaking, disgorging their minds, are bastards.

Those for whom a word has a meaning, a manner
of being, for whom feelings can be classed, classified,

discussed by degree, are the worst of all bastards.

No works, not of language, of speech, of mind, nothing.
Nothing except, perhaps, a beautiful nervometer…

These states, eminent situations of the soul, these intervals
of mind; these failed letters, my quotidian pain; people,

unreal data. Always the same words that serve me, truly
there seems to be so little movement in my thought,

though more than in yours: pertinent bastards, masters
of false verbs, serial novelists, ruminants, scourge

of my language. That I no longer have language is not
a reason for you to exist, persist, insist in language.

they will have learned to understand, to discover.

My hair will be cast in lime, so too my cerebral and choroid.
One will be able to view, to take in my bestiary. My faith

will have become a mitre. Smoke, from the sculpting
of stone; bouquets, arboreal, crystals among lexicons;

one will see kamacite, falling. These chords,
geometries without space, this configuration of mind

my mind is not here. All languages will run dry, shrivel.
Desiccated minds, all. Man’s figurations

through the air; melancholic, tactile, miasmatic.

Uncovered – I will no longer have the need of speech.

From Pretty (Bloodaxe, 2013). Reproduced with permission of the author.

2. Toast to My Friend or Why Friendship Is the Best Kind of Love 2007

“Perhaps we all get people wrong, but I think those of us with spectrum conditions are very prone to getting people wrong... I’ve written so much about miscommunication, simply because I have such a fear of miscommunicating.”